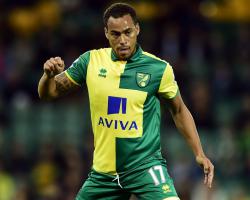 Bennett links up once again with Rovers boss Paul Lambert having played under him at Brighton and then with the Canaries.

He enjoyed a loan spell at Bristol City earlier this season and played against Blackburn last month.

Bennett becomes Rovers' second piece of transfer business on Tuesday after Tom Lawrence extended his loan from Leicester until the end of the month.