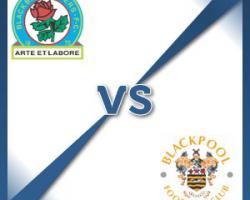 Blackburn V Blackpool - view commentary, squad, and statistics of the game live.No Rovers return for MarshallBen Marshall is not yet ready to return for Blackburn, who host bottom-of-the-table Blackpool at Ewood Park.The Rovers midfielder missed the 1-1 draw with Cardiff in midweek because of a shoulder injury and he is not slated to return to training until next week.Jason Lowe may not feature again this season after discovering he needs an operation on a foot problem while this fixture comes too soon for veteran midfielder David Dunn (calf).Corry Evans should feature despite going off against the Bluebirds with a knock as Blackburn bid to post their fifth successive home triumph in all competitions.Injuries and suspensions have once again beset Blackpool.Defender Darren O'Dea (ankle) and midfielder Andrea Orlandi (thigh) have definitely been ruled out despite soldiering on to complete 90 minutes last weekend in the thrilling 4-4 draw with Nottingham Forest.Centre-back Tom Aldred serves a one-game ban for his red card picked up in that contest while Niall Maher (hamstring) limped out of training on Thursday, a session which Nyron Nosworthy missed through illness