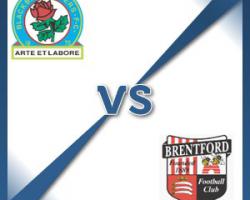 Blackburn V Brentford - view commentary, squad, and statistics of the game live.Injury problems mount for RoversBlackburn's injury list has extended into double figures ahead of their pivotal clash with Brentford at Ewood Park.Rovers, who would close the gap on the sixth-placed Bees to five points with victory, lost Craig Conway (hamstring), Lee Williamson (groin) and Doneil Henry (leg) to injury in the victory over Charlton on Saturday.Midfielder Williamson has the best chance of featuring and boss Gary Bowyer also hopes to have central defender Matt Kilgallon (hip) and full-back Markus Olsson (hamstring) back in contention

However, that still leaves Jason Lowe (foot), Grant Hanley (calf), David Dunn (calf), Josh King (hamstring) and Shane Duffy (knee) as players who are unavailable for the in-form east Lancashire outfit.Liam Moore faces a battle to win back his place in the Brentford squad.The defender was dropped for Saturday's 2-1 defeat by Cardiff following some unconvincing displays since rejoining the Bees on loan from Leicester.Midfielder Lewis Macleod is set to miss out again with a hamstring problem and striker Scott Hogan is still recovering from cruciate damage, but boss Mark Warburton has no new injury concerns as he looks to bounce back from their weekend setback.Alan Judge, who is being eased back in following a recent knee injury, could return to the starting line-up in midfield after starting on the bench against Cardiff