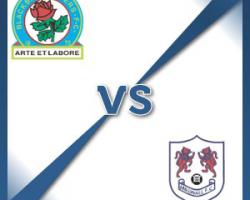 Blackburn V Millwall - view commentary, squad, and statistics of the game live.Same again for RoversBlackburn manager Gary Bowyer will select from a similar squad against Millwall as none of his injury absentees are ready to return at Ewood Park.Rovers, who can only hope to achieve a top-10 finish in the Sky Bet Championship, remain without Jason Lowe (foot), Shane Duffy (knee), Grant Hanley (calf), Alex Baptiste (hamstring), Josh King (hamstring) and David Dunn (calf).Bowyer is hopeful that Baptsite and King can play some part before the end of the season while youngster Darragh Lenihan, on the bench for the last couple of games, will be hoping to make his Rovers bow soon.Rudy Gestede's hat-trick on Saturday means he needs just one goal to reach 20 for the season and fellow striker Jordan Rhodes would also reach that milestone if he bags another two.Millwall have no fresh injury worries from the weekend's 0-0 draw at Cardiff which kept their fading survival hopes alive

The Lions are four points from safety with three games left ahead of their trip to Ewood Park despite losing just once in their last six outings.Ed Upson serves the second of his three-match suspension while Shaun Williams is out for the season with an impact fracture in his foot