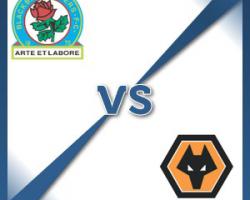 Blackburn V Wolverhampton - view commentary, squad, and statistics of the game live.Evans boost for BlackburnBlackburn will have Corry Evans available against Wolves.The midfielder has served a two-match suspension after picking up 10 yellow cards for the season and should come back into the centre of the park for Rovers, who also have Alex Baptiste available again after he was ineligible in the FA Cup.Full-back Tommy Spurr, yet to appear this season because of a groin problem, played for the club's Under-21s on Monday and will probably do the same again next week before coming into first-team consideration.Marcus Olsson is expected to return following his leg injury, as are Grant Hanley and Josh King (both illness), but Jason Lowe (foot) remains sidelined.Wolves are without seven-goal top scorer Bakary Sako, with the forward linking up with Mali for the African Nations Cup