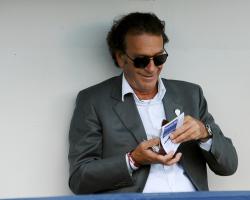 The League announced that the three clubs all incurred financial losses more than the ÃÂ£8million permitted during last season.

Submissions from QPR, Leicester and Burnley - who were all promoted to the Premier League - plus the three clubs relegated last season will now be considered by the Football League.

A statement said: "An initial analysis of FFP submissions from the current 24 Championship clubs has indicated that three clubs - Blackburn Rovers, Leeds United and Nottingham Forest - have failed to meet the fair play requirement under the division's FFP rules.

"Consequently, all three will be subject to an 'FFP embargo' under Football League regulations from January 1, 2015 for the remainder of the current campaign."

Under the transfer embargoes, the three clubs will be prohibited from signing any new players - either on a permanent or loan deal - unless they have 24 or fewer "established players", which is described as 24 players aged 21 or over that have made at least five starts for the club.

Blackburn's managing director Derek Shaw said in a statement: "Whilst the ruling will clearly present some difficulties, we will of course respect the rules of the Football League.

"A lot of effort and hard work has been done to reduce player costs over the last two years, but we have wanted to rebuild and challenge in this division at the same time, and we will continue to do that."

The clubs will have their embargoes lifted at the end of the season if they can demonstrate they have stayed within the maximum permitted losses of ÃÂ£6million - ÃÂ£3million losses plus ÃÂ£3million covered by shareholder investment - for the current season.