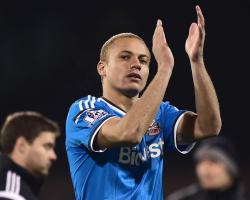 He's a constant professional - his attitude has been exemplary around the training ground with the young players, helping and encouraging them."