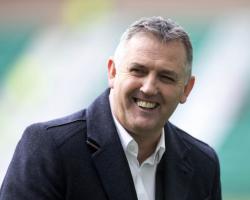 The former Burnley and Bolton boss, who left MLS side Houston Dynamo by mutual consent last month, will work alongside Alan Irvine and Rob Kelly

Coyle told www.rovers.co.uk: "First and foremost I'm absolutely thrilled and honoured to be Blackburn Rovers manager and I look forward to working with terrific people at the club.

Rovers director Mike Cheston said: "We are delighted to welcome Owen to the club.

"We took our time and conducted a thorough search and Owen was the stand-out candidate.

"He brings with him a wealth of management experience, a strong track record in the Championship and we believe he will complement our existing coaching staff perfectly.

"He meets all of the criteria we were looking for and we firmly believe he is the right man to take this club forward."

Coyle impressed at Burnley, leading the club to the semi-finals of the League Cup in 2008-09, beating Chelsea and Arsenal on the way before narrowly losing to Tottenham in the last four.

He secured promotion to the Premier League with the Clarets via the play-off final at Wembley in May 2009 - the first time the club had played in the top tier for 33 years.

They repeated that feat in his first full season in charge and also reached the semi-finals of the FA Cup.

Following his departure from Bolton in October 2012 Coyle endured a miserable spell at Wigan before moving to the MLS.

He left Houston Dynamo by mutual consent in May as he wanted to be closer to his family.