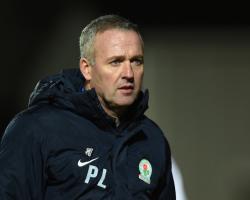 The 46-year-old Scot said in a statement on the club's official website: " I would like to place on record my thanks to the owners, and especially the players, staff and fans for the tremendous backing and support I have received since I arrived

"It's a brilliant club, with great people, and I wish it every success in the future

For now, I remain fully focused and determined to try to win the final two games of the season, starting this Saturday against Rotherham."

Blackburn, currently 19th in the Championship and without a win in six league matches, will begin their search for Lambert's successor straight away.

"Blackburn Rovers would like to thank Paul for all his efforts since joining the club in November and wish him well for the future," said the club in a statement

"The club will begin its search for a new manager with immediate effect."