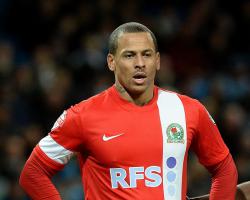 Blackburn 1-2 Sheff Wed: Match Report - view commentary, squad, and statistics of the game as it happened.Dielna's the late decider Claude Dielna came off the bench in injury time to score the winner as Sheffield Wednesday recorded a 2-1 Sky Bet Championship win at Blackburn.The Frenchman had only been on the pitch for a minute when he curled in with the last attack of the game as Stuart Gray's side recorded a dramatic victory.They went ahead early on through Kieran Lee's close range effort, which was soon cancelled out by Alex Baptiste.Wednesday were resolute throughout and Stevie May forced a low save from Jason Steele but the best chances fell to the hosts, with Jordan Rhodes heading onto the post and Ryan Tunnicliffe forcing a flying save from Keiren Westwood.But just as it looked like the spoils would be shared, Dielna popped up to give Wednesday a first Ewood Park success since 1999, ending Rovers' nine-match unbeaten run.Gary Bowyer recalled Steele in goal after he was ineligible against his parent club Middlesbrough last week.Lee came in for the suspended Jose Semedo for the visitors' only change and Wednesday were soon on the front foot as Steele blocked at the feet of Jeremy Helan and May.But Gray's side were ahead in the third minute

May sprung the offside trap and although his shot was weak, Steele made a mess of gathering it and Lee was on hand to tap home.Wednesday were quickest to everything but in Blackburn's first decent spell of possession, they equalised when Rhodes nodded down into the path of Baptiste and he wrapped his foot over the ball to fire past Westwood from 10 yards.It settled Rovers, who looked in control - but they almost conceded again when Shane Duffy missed a routine clearance and May reacted to force a sharp low save from Steele.There was a lengthy stoppage after Lewis McGugan had to be carried off on a stretcher after suffering a head injury - and Rovers almost caught the visitors out just after the resumption when Craig Conway whipped in a superb cross that Rhodes glanced onto the far post.But Wednesday missed a glorious chance to retake the lead after 36 minutes when Glenn Loovens headed over a Royston Drenthe free-kick from five yards.Wednesday were comfortable for the early exchanges of the second half but Rovers turned the screw as the contest wore on and substitute Tunnicliffe's thunderous volley after 72 minutes forced Westwood into a magnificent save to tip over the crossbar.David Dunn flashed a shot wide late on but just as it looked like the spoils would be shared, substitute Dielna won it in the final minute of injury time with a 25-yard curling effort that flew past Steele via a deflection to record a first away win at the seventh time of asking